As a mark of respect for Eid el-Fitr festivities marking the end of the 30-day fasting period, the South Sudanese government proclaimed Tuesday a public holiday.

Business in many districts of Juba came to a standstill as shops predominantly owned by Muslims were closed.

Celebrating their first Eid after South Sudan’s independence, Muslims here said they felt they had more privileges under a Christian-led government than what they experienced in the north. 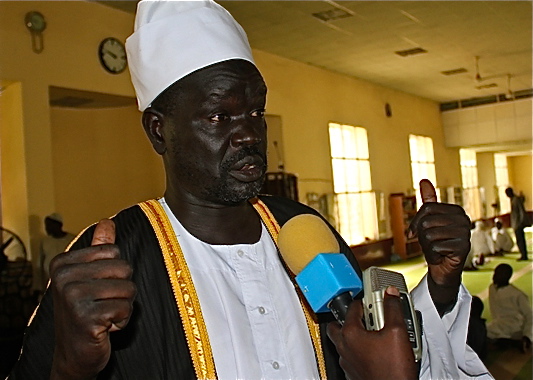 Sheik Abdun at Juba MosqueThis is a time that we are really dancing in jubilation and joy,” said Sheikh Abdun Moteer, a South Sudanese who spent decades in Khartoum. Although I was ruled by a Muslim President (Omar al-Bashir), I was a sixth-class citizen. In South Sudan I’m ruled by Christian, but I’m a first-class citizen.”

Abdun said he believes the vast majority of Muslims in South Sudan know little about Islam, and that holidays like Eid can serve to educate them about the religion.

The Muslim community should organise and seek knowledge,” he said, because the government in Khartoum failed to teach the South Sudanese about Islam.”

According to Imam Farjalla Atem, Tuesday’s Eid el-Fitr prayers included a message of honesty, forgiveness, and unity. He added that the South Sudan Islamic Council called for all Muslims to rally behind President Salva Kiir in the development of the Republic of South Sudan.

We want all Muslims to stand behind our president and the government of South Sudan so that we are able to get organised as Muslims,” Farjalla said.

He described years of discrimination in the north under Sharia law as humiliating. 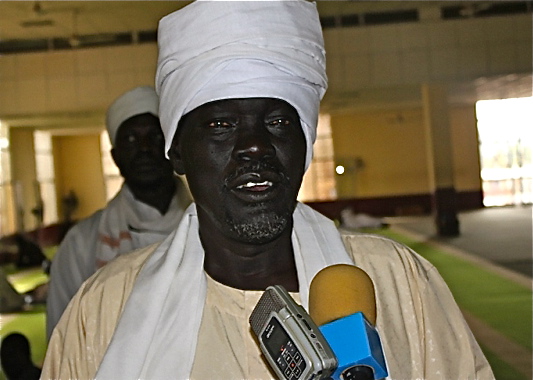 Imam Farjalla Atem preached honesty, unity and forgivenessWe were claimed to be taken to Mecca, but we were sold like goats by the Sudanese government,” Farjalla said. This time I want to go to Mecca and as a South Sudanese Muslim and first-class citizen.”

At a breakfast for the Muslim community to mark the 20th day of Ramadan last week, President Kiir affirmed his commitment to respect Islamic norms. Earlier in the month, he sent a message of peace and well wishes to President al-Bashir.

The President has pledged to fight discrimination in South Sudan.

Whether you are white, red or black, this is our country,” President Kiir told a group of Muslims in the presidential palace, known as J-One. Discrimination and favoritism, he added, were common during Sudan’s civil war, but that will not happen again in this new country.”